The VI characteristics of SCR(silicon controlled rectifier) is a graph of anode current Ia on the y-axis and anode to cathode voltage on the x-axis as shown in the graph.

The characteristics in the reverse direction (anode to cathode voltage negative) is similar to a reverse-biased diode. SCR is a member of the thyristor family.

I will suggest you read the Working of silicon controlled rectifier SCR. also Applications of SCR. 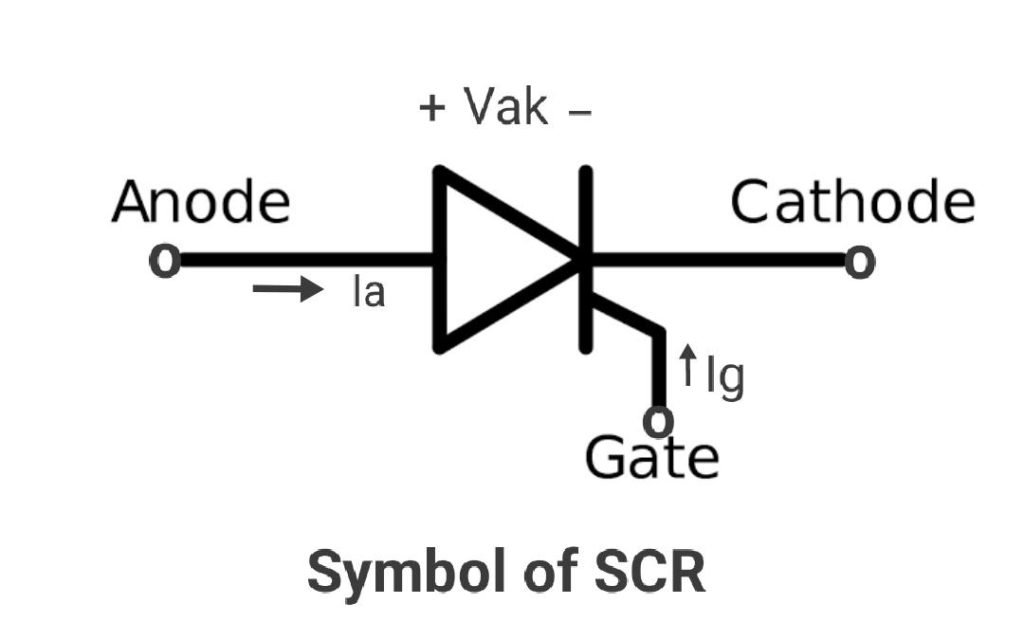 As soon as the reverse breakdown takes place due to avalanche breakdown, a large current flows through SCR whereas the voltage across the device remains constant. 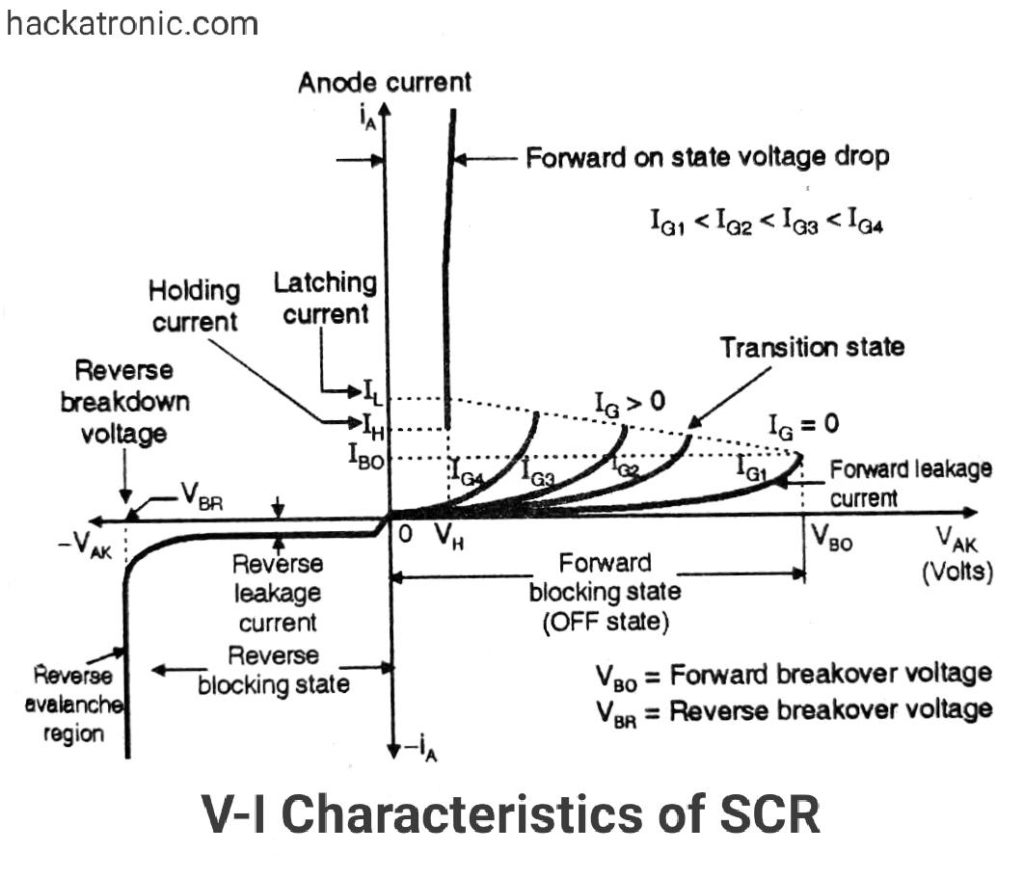 It is dangerous to operate SCR in the reverse breakdown state because it may get damaged due to overheating.

The anode is positive with respect to the cathode. Hence SCR is forward biased.

The forward characteristics are divided into three regions of operation namely: This is the high voltage low current mode of operation in which SCR is in the OFF state. The current through it is “Forward Leakage Current” This current flows due to thermally generated minority carriers.

SCR remains in the blocking state as long as the forward anode to cathode voltage is less than the breakover voltage.

As soon as Vak becomes greater than the breakover value, and the anode current Ia increases sharply to a high value and the voltage across SCR reduces sharply to a low value (on-state voltage).

The switching of SCR from off state to on state and vice versa takes place in a short time. This changeover state is called as transition state. As this is an unstable state, it is shown by the dotted line.

SCR as a Switch, its Advantages, Disadvantages and Applications

The voltage across SCR is low in this state. In the on-state the SCR anode currents is large and the on-state voltage drop is small.

These two stable states or modes are connected by an unstable mode (called as transition state) of operation that appears as a negative resistance on the I-V characteristics.

The important terms in the IV characteristics are as follows:

Here are the most important terms in the VI Characteristics of SCR.

The small forward current flowing in the forward blocking state of the device. This current is generated due to the minority current carriers and therefore is dependent on the operating temperature.

It represents the minimum current that can flow through SCR and still “hold” it in the on state. The voltage associated with the holding current is termed as holding voltage Vh.

Note that the voltage across SCR in its on state is very low as compared to the off-state voltage. It can be shown that the on-state voltage is equal to drop across one junction (1 to 1.5 Volts).

The reverse characteristics of an SCR is very similar to that of a diode.

As long as the reverse anode to cathode voltage is less than the reverse breakover voltage, a small reverse current flows due to minority carriers.

But as soon as a reverse voltage equal to or greater than breakdown voltage is applied, a very large anode current flows due to avalanche breakdown. This should be avoided to protect the SCR from getting damaged.