Skip to content
Optoisolators and Optocoupler sound very similar and they are the same in terms of workings and other features lets see what are optoisolators and optocoupler. There are some differences due to which they are given different names. Photocoupler is another name of the optocoupler.
An optocoupler or photocoupler and an optoisolator are semiconductor devices that connect two circuits but also keep them electrically isolated. They are used in circuits where there is a big electric voltage gap between two circuits and one circuit can not be operated on another voltage. We can control a circuit by another circuit keeping them isolated from each other. They can be used in optical encoders where there is a need to detect light and many other circuits where there is a need of optical links.

Optoisolators and Optocoupler what are the differences?:

There are differences between optoisolator and optocoupler. The differentiating factor between these two is the operating voltage between the input and output.

optoisolators are used between high power circuits where the potential difference is higher than 5000V to transmit analog or digital information.

optocouplers are used in circuits where the potential difference is below 5000V. They transmit data between two circuits while maintaining electrical isolation.

This is the difference between optocouplers and optoisolators but these names can be used interchangeably.

They are used in solid-state relays circuits like triac where there is a need of optical coupling for isolation. We can control a triac or any other high-power device from a microcontroller with the help of optocouplers, they act as a bridge. 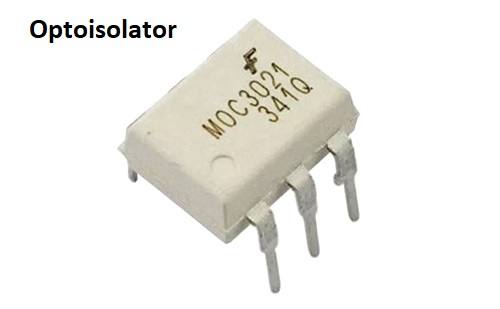 The optocoupler or optoisolator is consists of two components a light emitter and another one is the light detector.

Generally, a light-emitting diode (LED) is used as an emitter. It converts the input signal into light waves.

A light detector can be a photodiode, a phototransistor, or a photodarlington. It detects the lights coming from the emitter and converts them into an electrical signal at a higher voltage.

Both are made for the same wavelength range for good efficiency. The optoisolator or optocoupler may contain some extra circuit within it like an amplifier. The configuration of the optocoupler varies depending on requirements. The emitter side remains almost similar but the sensor side can be different, it can be a photodiode, phototransistor, or a photodarlington. optocouplers are used to switch solid-state relays like Triac and SCR. They are a very important part of the switching circuit as they provide a very high value of resistance and isolate input from the output. they are widely used in AC, DC power systems SMPS and other types of power supplies. 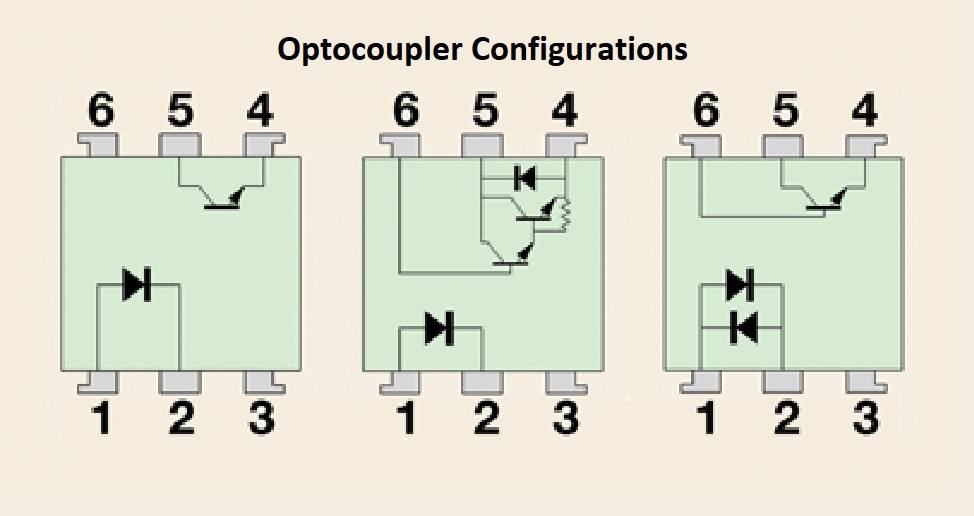